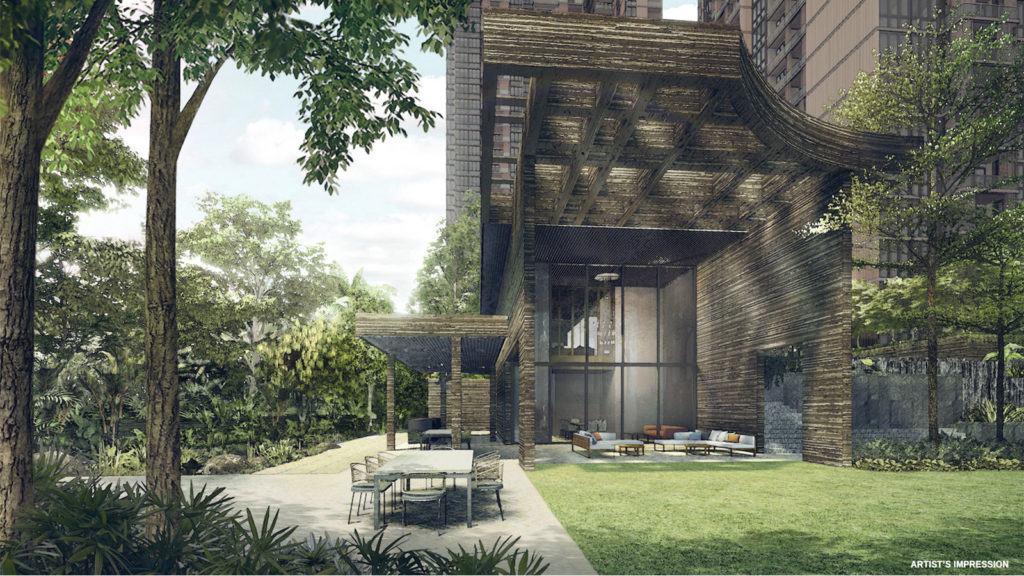 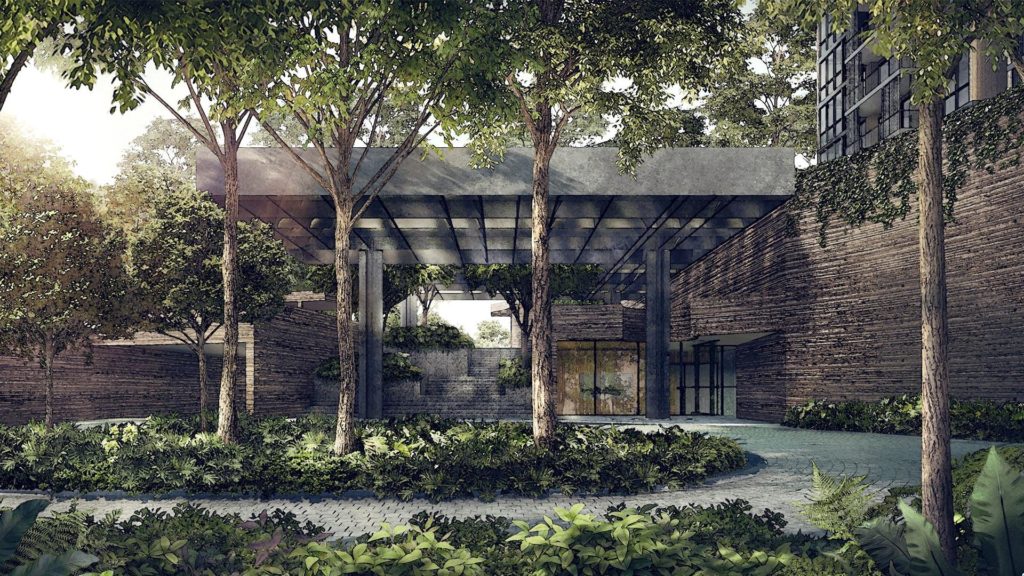 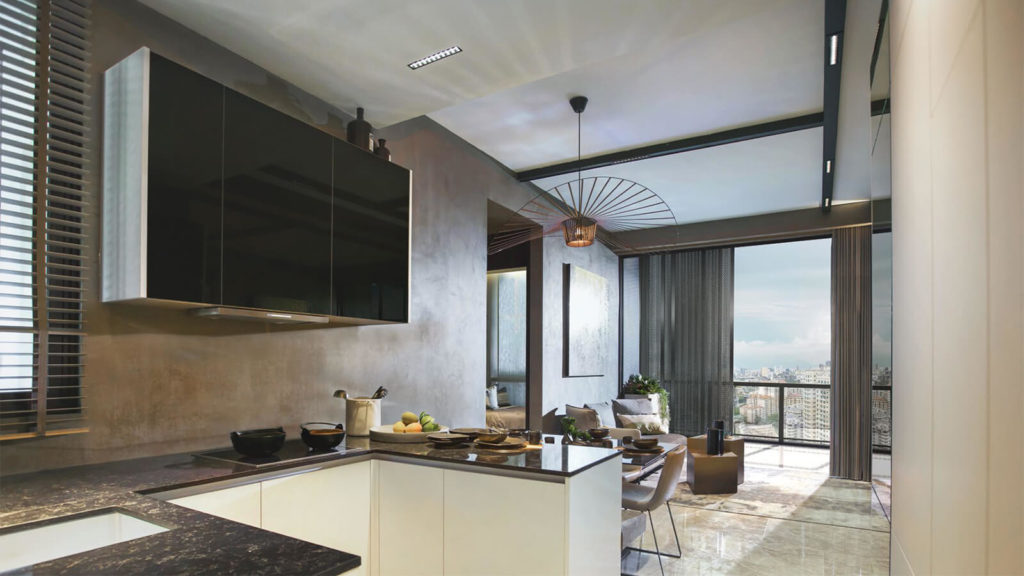 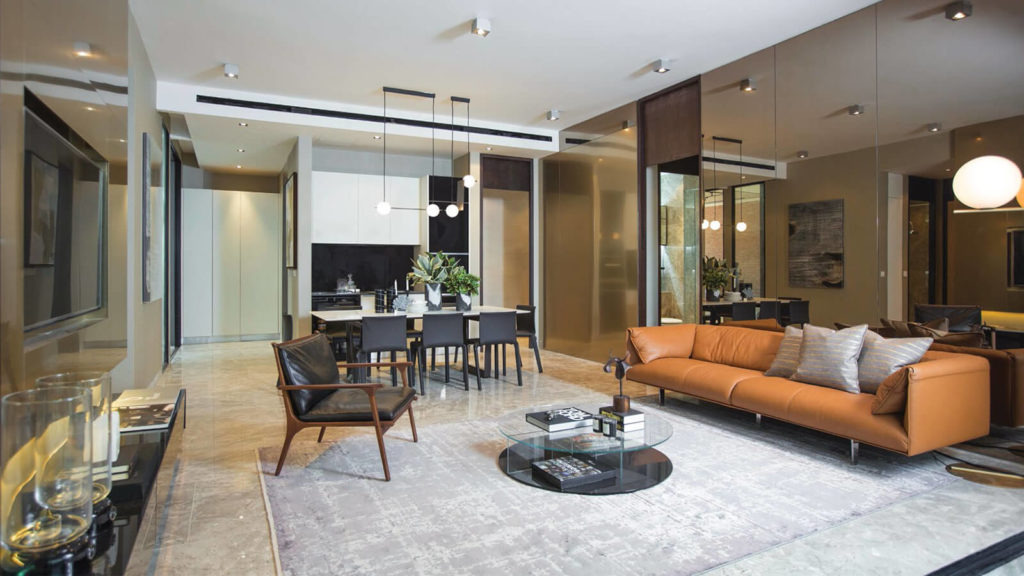 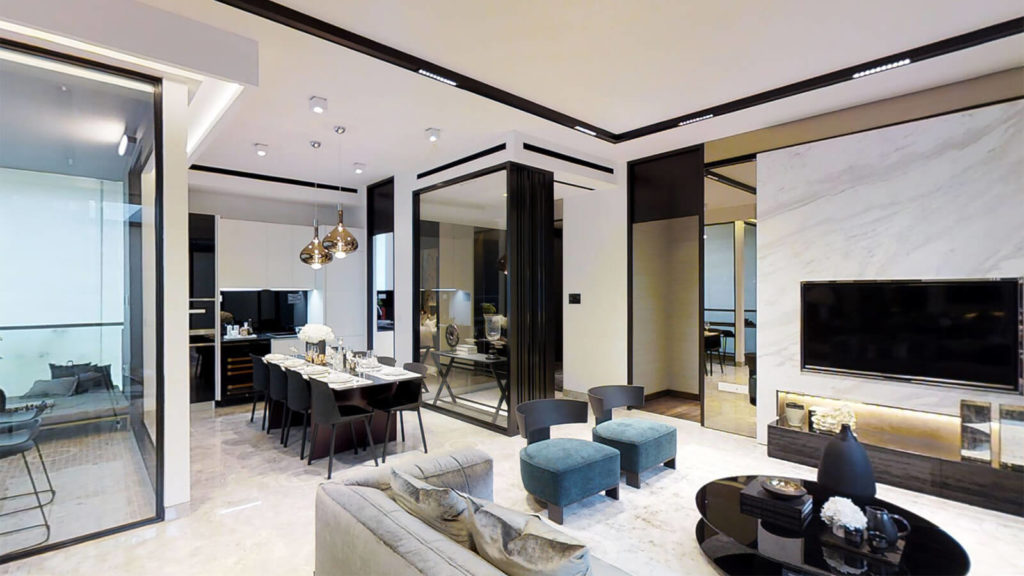 Martin Modern condo offers an excellent selection of 2-Bedrooms to 4-Bedrooms, with private lifts for some of their premium models.

With its modern facade and squarish layout, GuocoLand envisions Martin Modern condominium to be a timeless architecture that will elevate the benchmark for luxury property. With over 80% of the land area dedicated to lush landscape, GuocoLand and its master architect Mr. Yip Yuen Hong aim to redefine urban living with a botanic garden concept.

The hallmarks of a GuocoLand luxury property are great location, high quality and poetic ambience. Martin Modern bears all these characteristics and exudes a luxury that is sophisicated and liveable.

SIGNATURE CONCIERGE SERVICES
GuocoLand Signature Concierge Services cater assistance to the residents may find across a full host of services.

LUXURIOUS BALCONY
Generously sized, the balcony extends the living space. The choice of luxurious materials includes mosaic marble flooring on the balcony, as well as perforated aluminium balcony screen for greater privacy while allowing for more natural light and better ventilation. Selected units have two balconies to allow residents to enjoy two different views from their home and to enhance cross ventilation.

THE MODERN LIFESTYLE
Every unit at Martin Modern is designed with the residents’ convenience and comfort in mind. A wireless smart home readiness hub allows for the possibility of integrating a vast number of multimedia systems within the home, bringing intelligence and functionality for a convenient modern lifestyle.

Let us help you understand more about Martin Modern 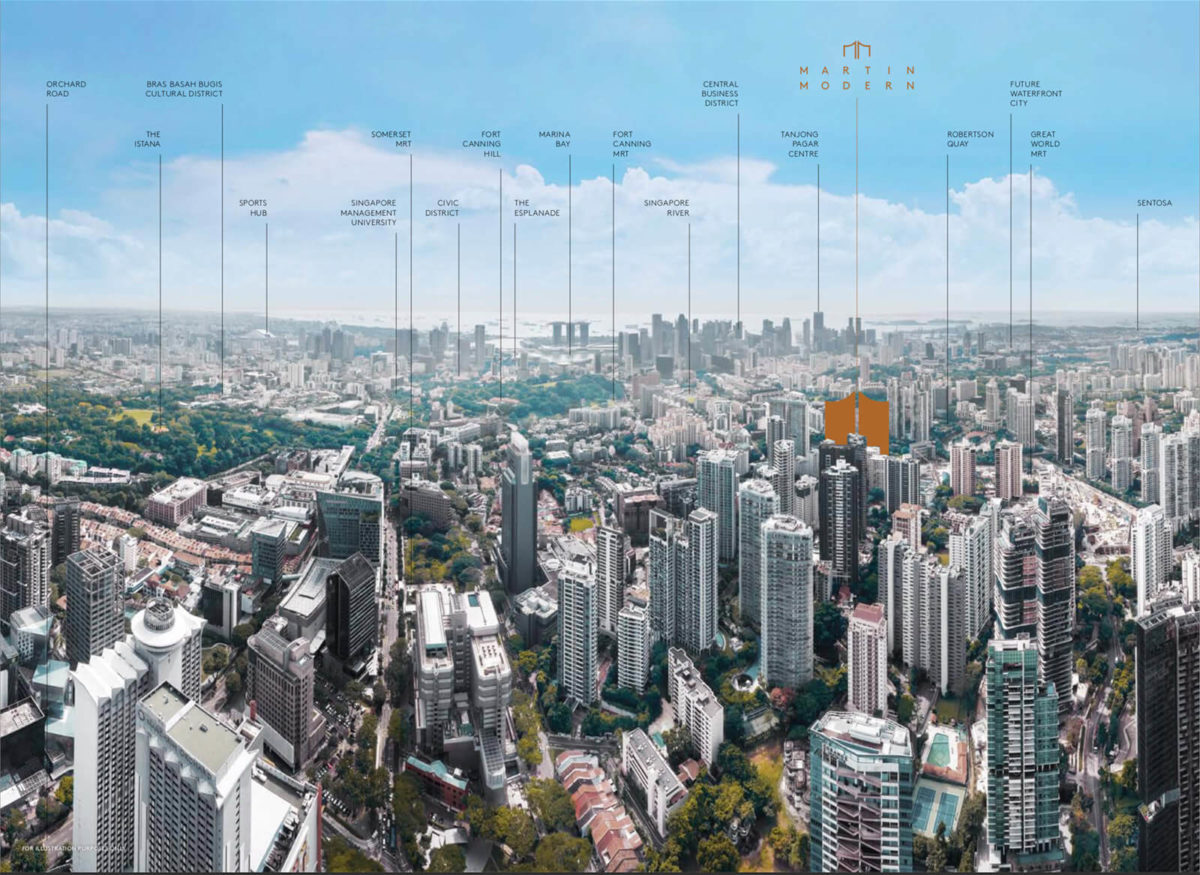 At varying, yet accessible, distances to the Martin Modern location, the Singapore River attractions of Boat Quay, Clarke Quay, and Robertson Quay form an important waterside entertainment and tourist corridor. Of the three quays, Robertson Quay is the largest one, with the most attractive residential character. With its cosmopolitan mix of lively cafes, restaurants, bars, galleries, and theatres, it happens to be at the doorstep of Martin Modern in River Valley D09. 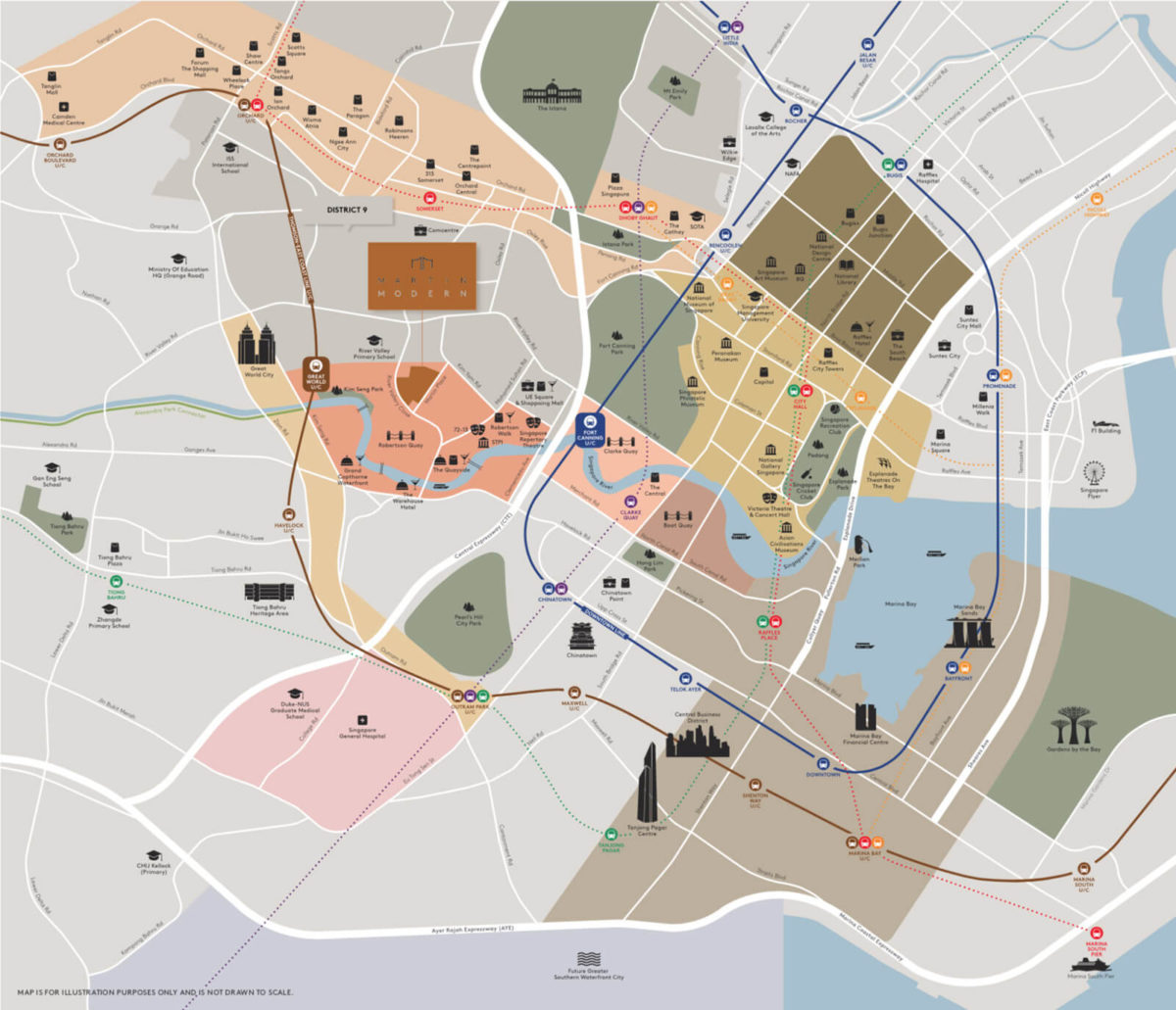 The Martin Modern location is within new areas of growth such as Marina Bay and Greater Southern Waterfront. Close by, the fast- evolving Marina Bay and the new financial district will offer new opportunities and enhanced investment value. In addition, more transformation can be expected from the Kim Seng precinct.

The Kim Seng and Outram precincts are set to be revitalised, while Robertson Quay continues to evolve into a popular and successful lifestyle enclave. With the addition of two new MRT lines to boost the connectivity of Martin Modern to the rest of Singapore.

The upcoming Great World MRT station has prompted Great World City to undergo a major revamp in 2019 as the owners see the tremendous potential in the enhancement projects within and nearby precincts.

The new Fort Canning station which is 12-minutes walk from Martin Modern allows residents to connect to the eastern parts of Singapore where new business parks/districts are being developed. The adjacent Liang Court will also see a major refurbishment which has been approved by the owners as they plan to invest into the future potential of Clarke Quay and Robertson Quay.

With the boosted connectivity and investments from private institutions, Martin Modern is well positioned to benefit from these enhancement and enjoy a strong investment return over the years. 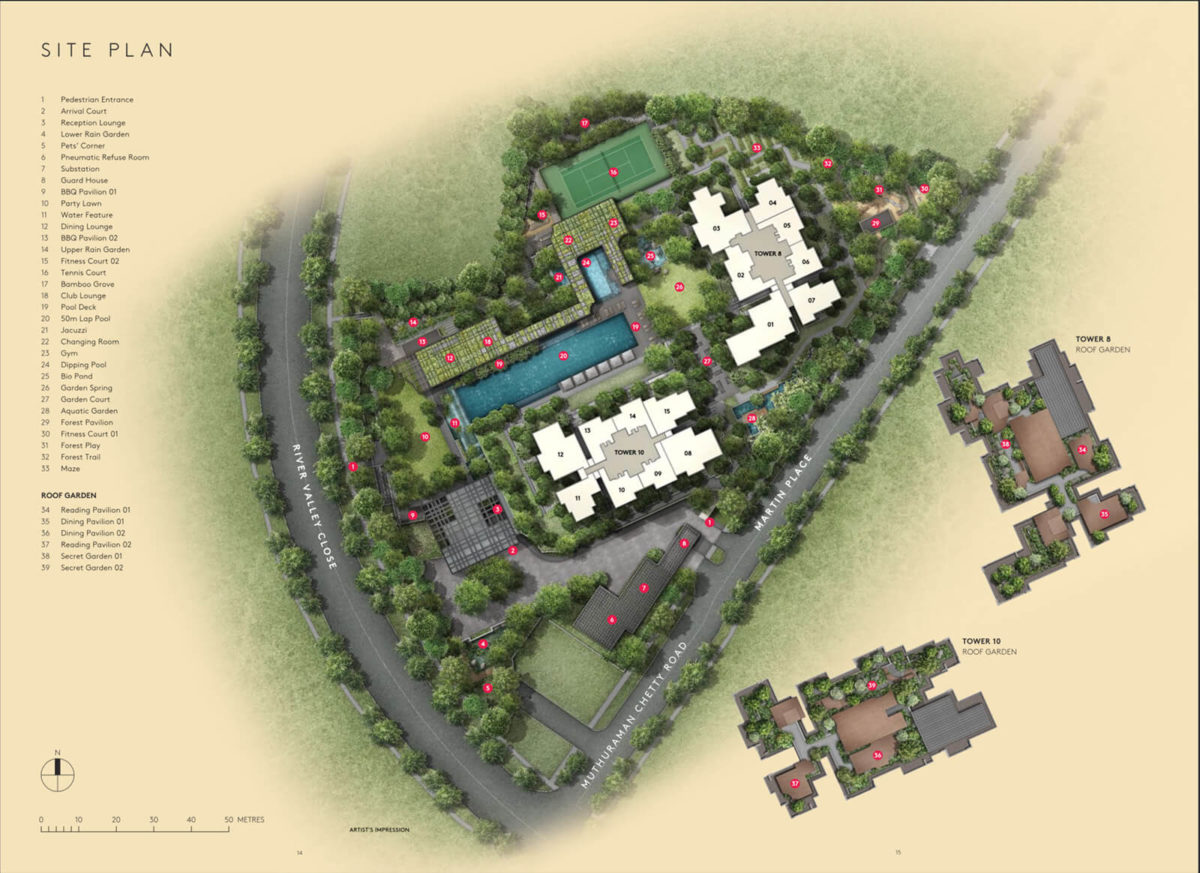 Let us help you understand more about Martin Modern 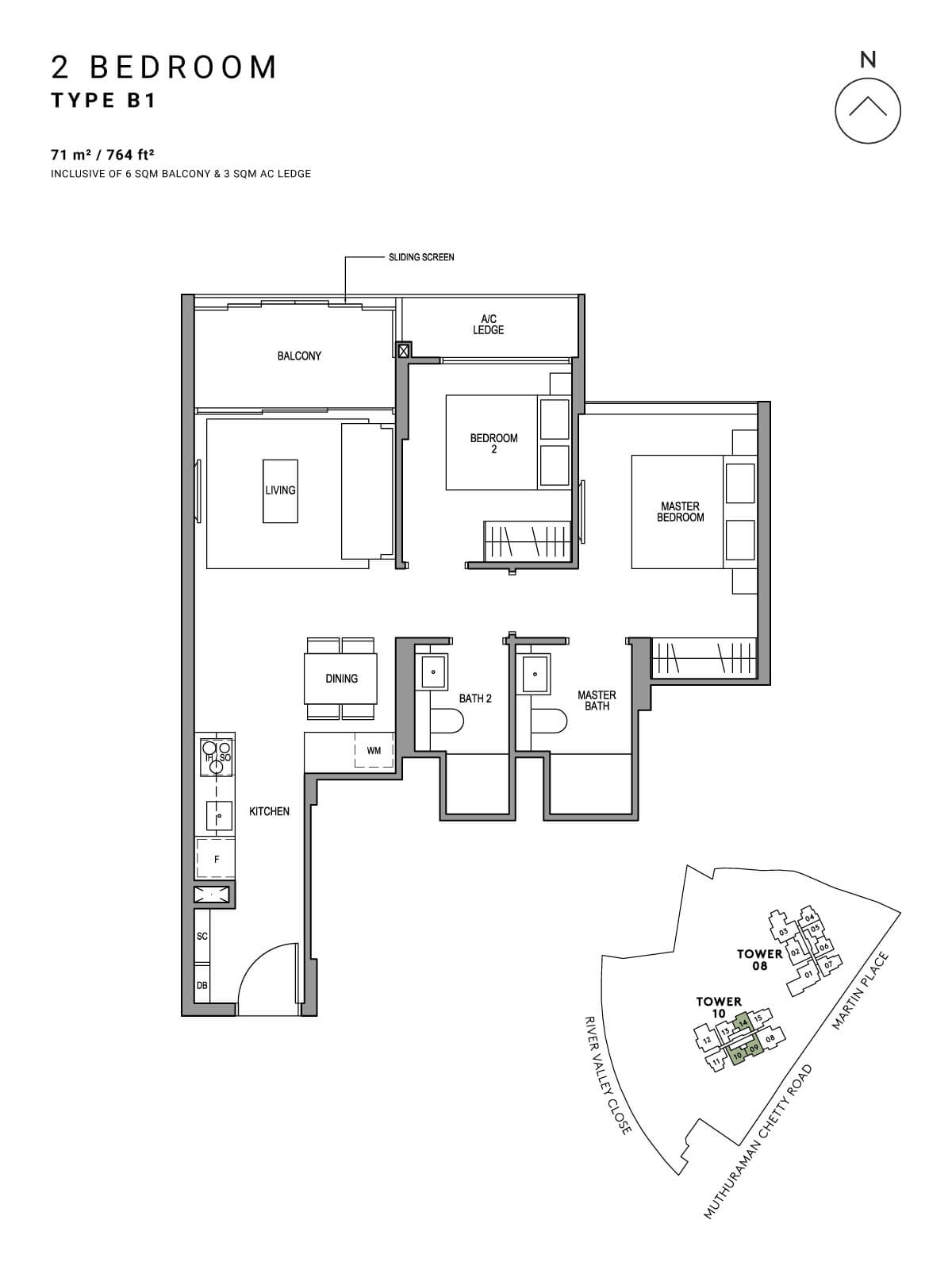 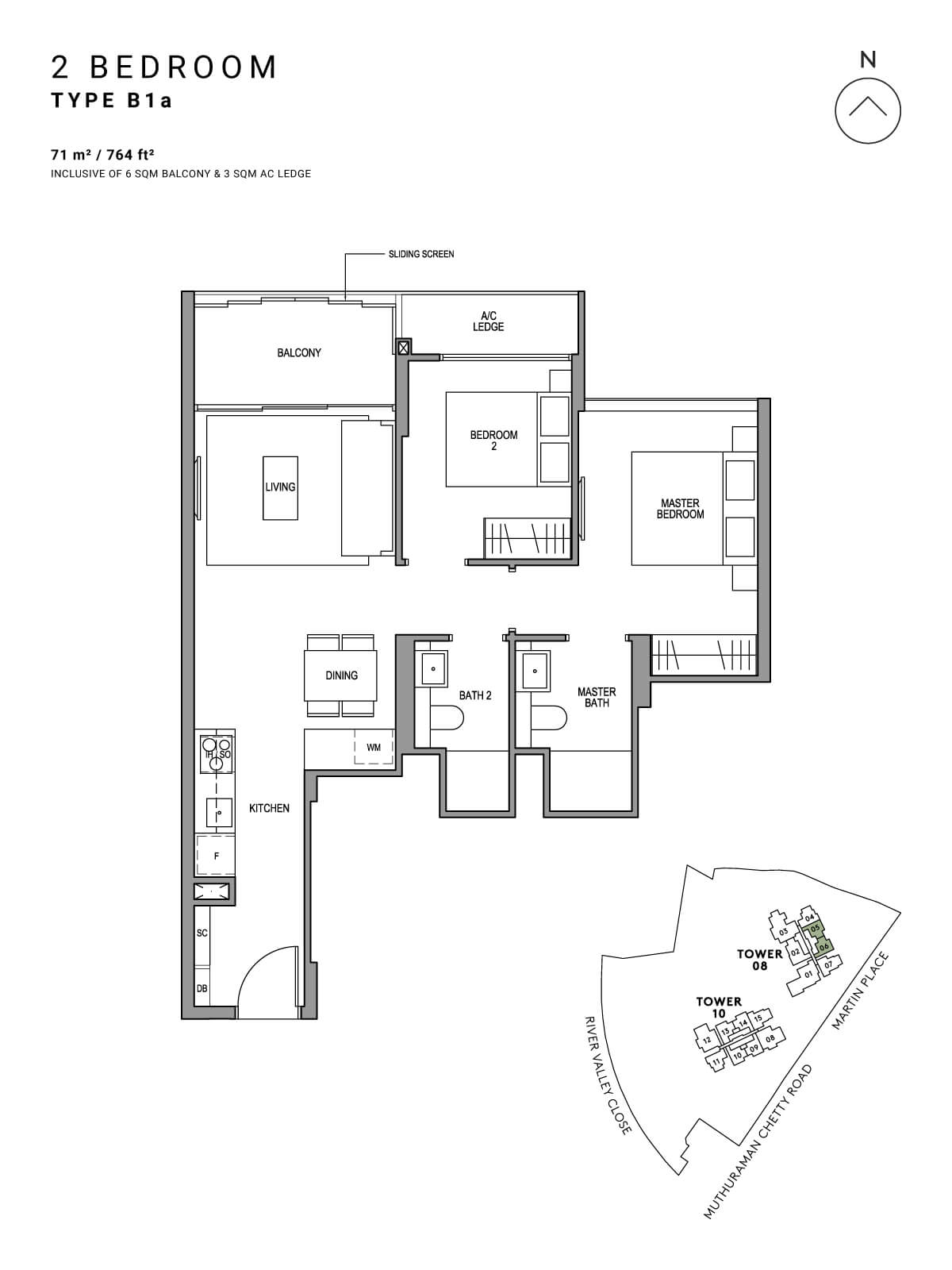 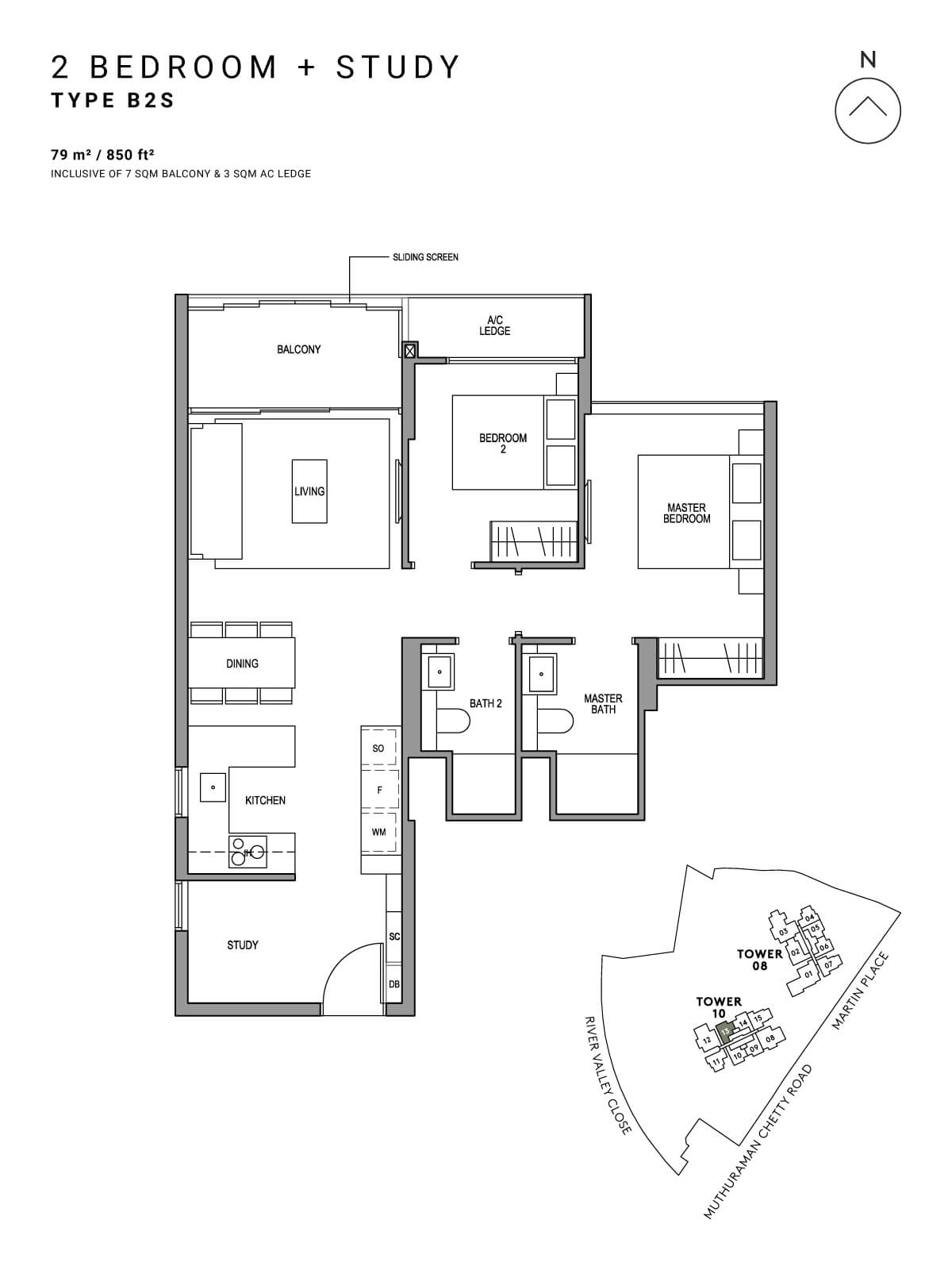 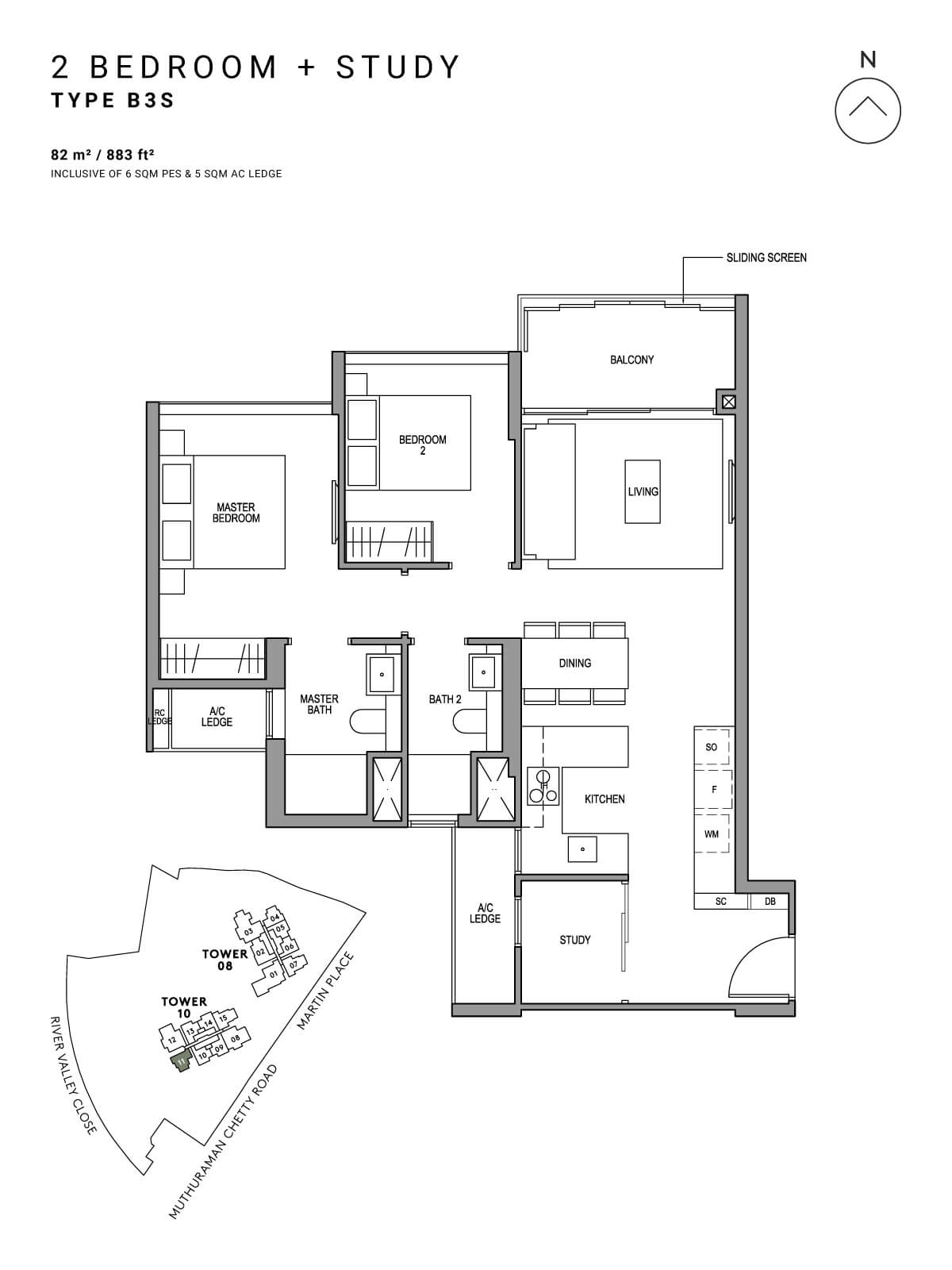 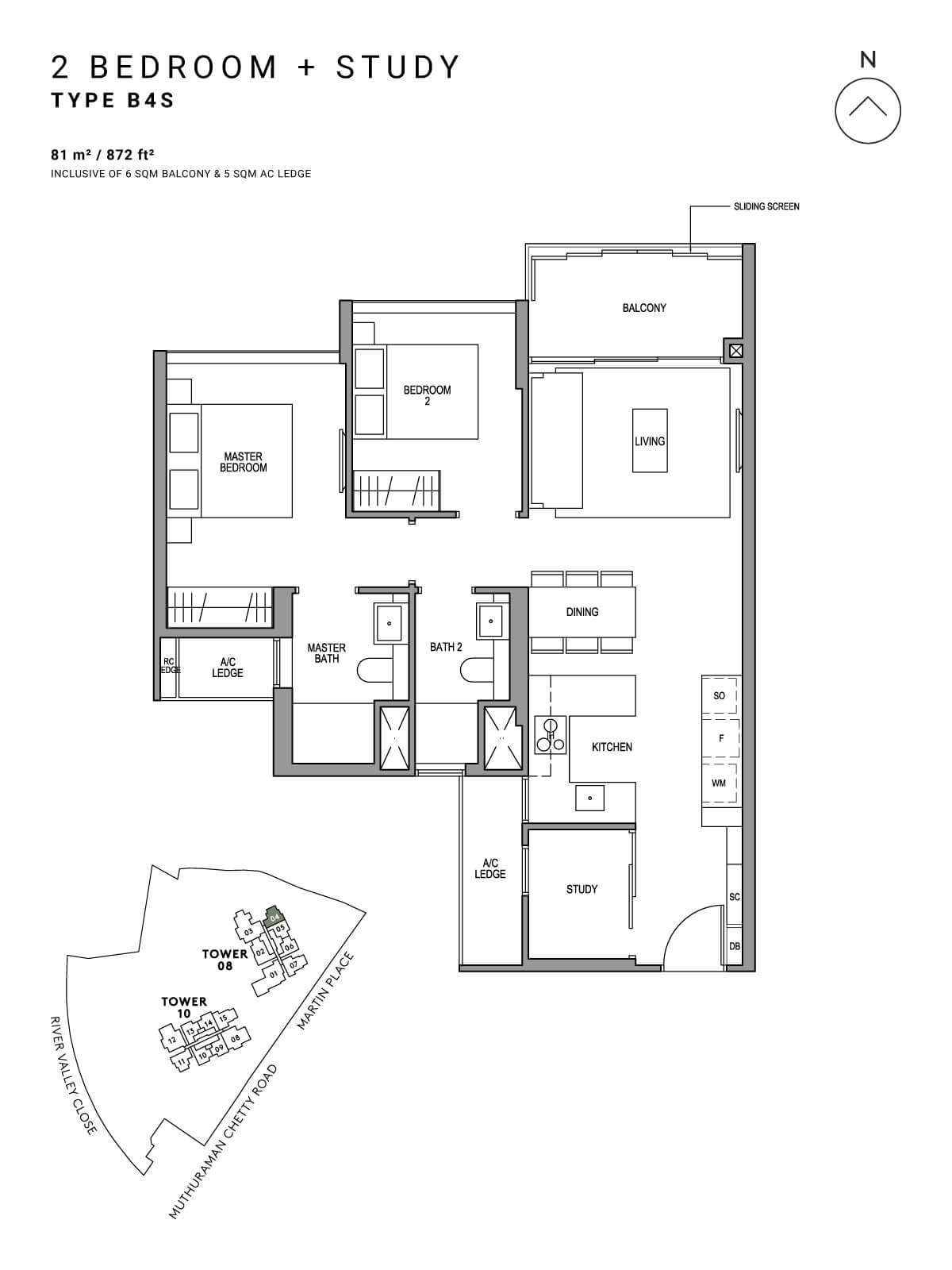 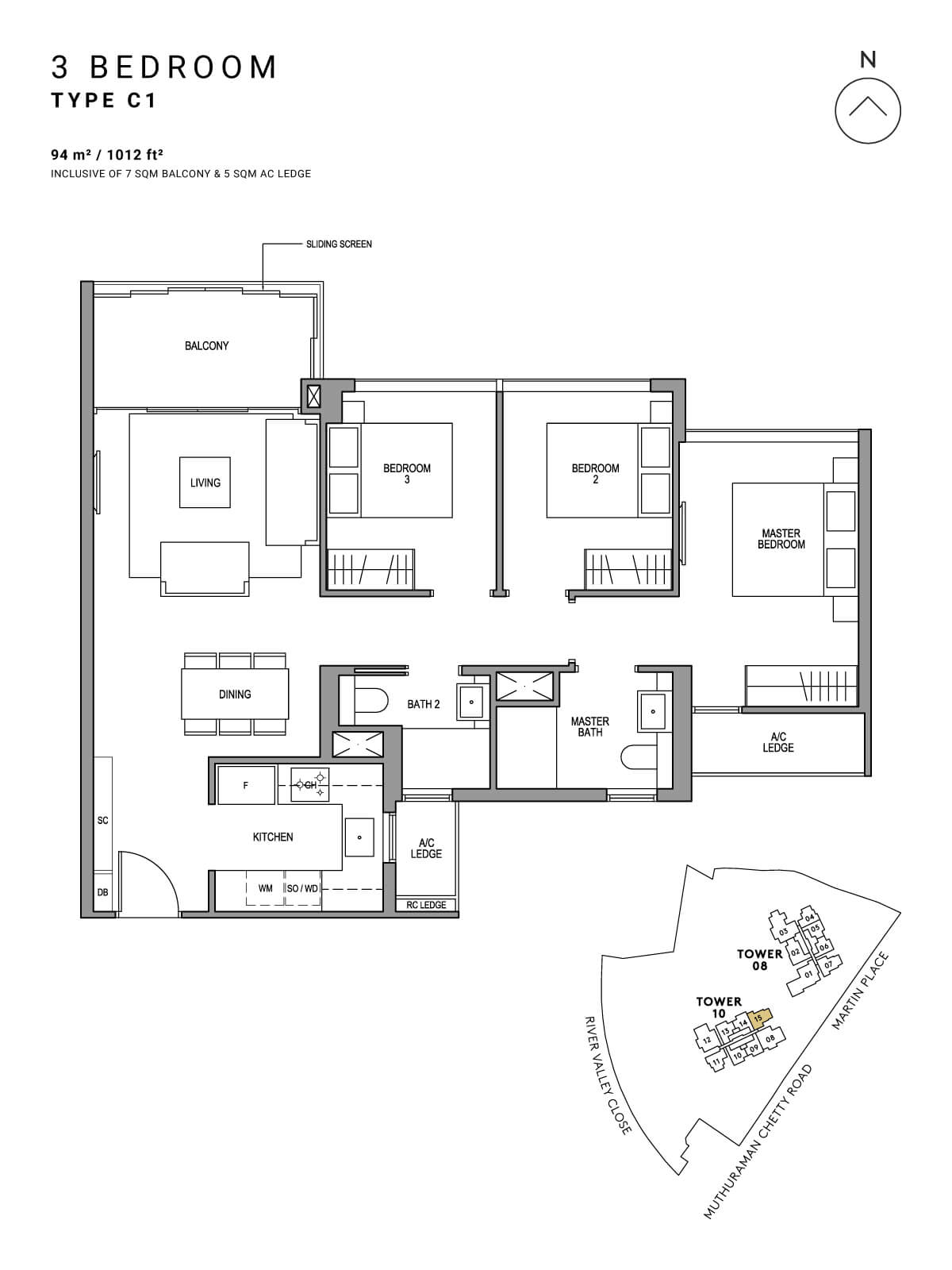 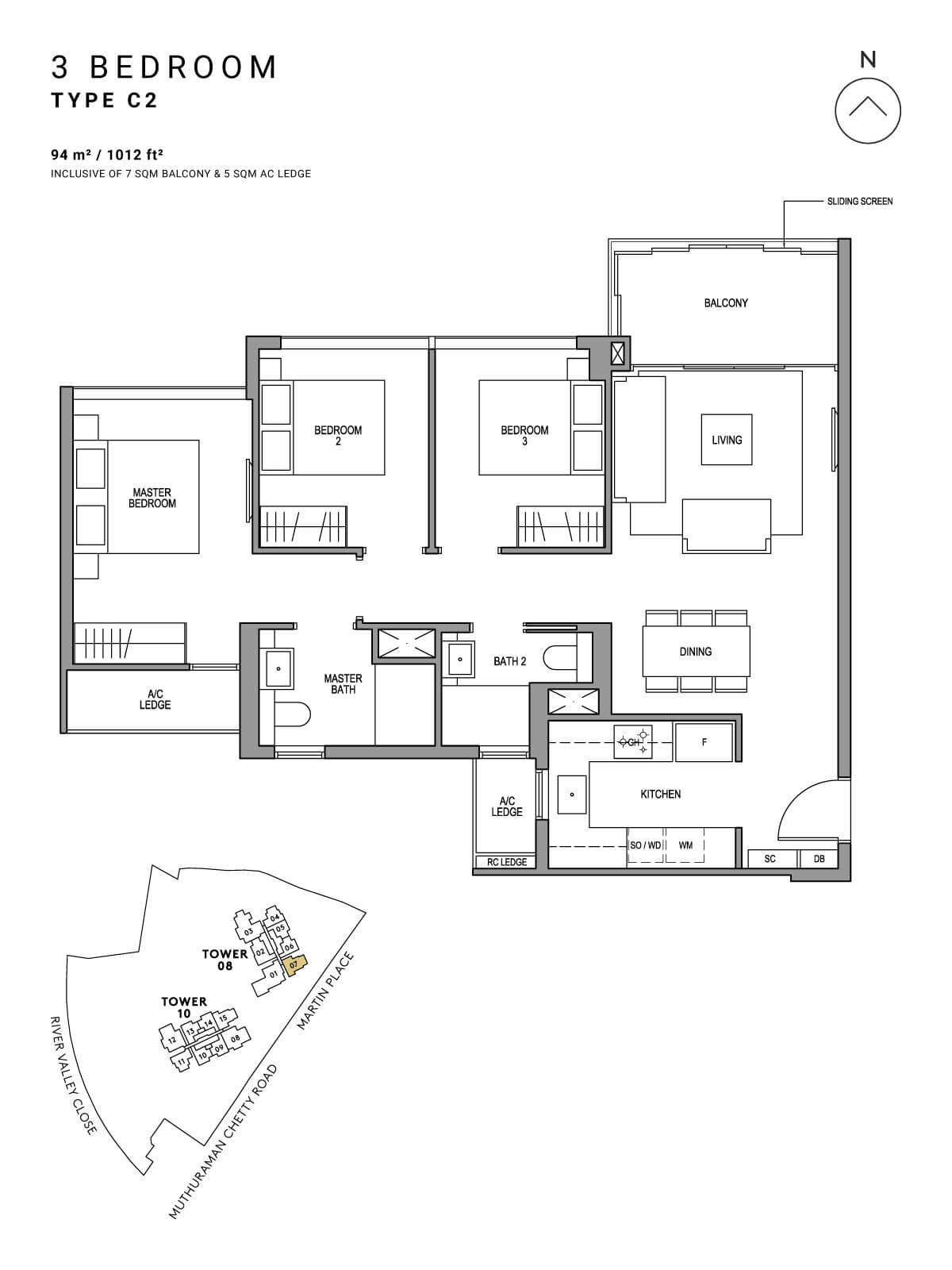 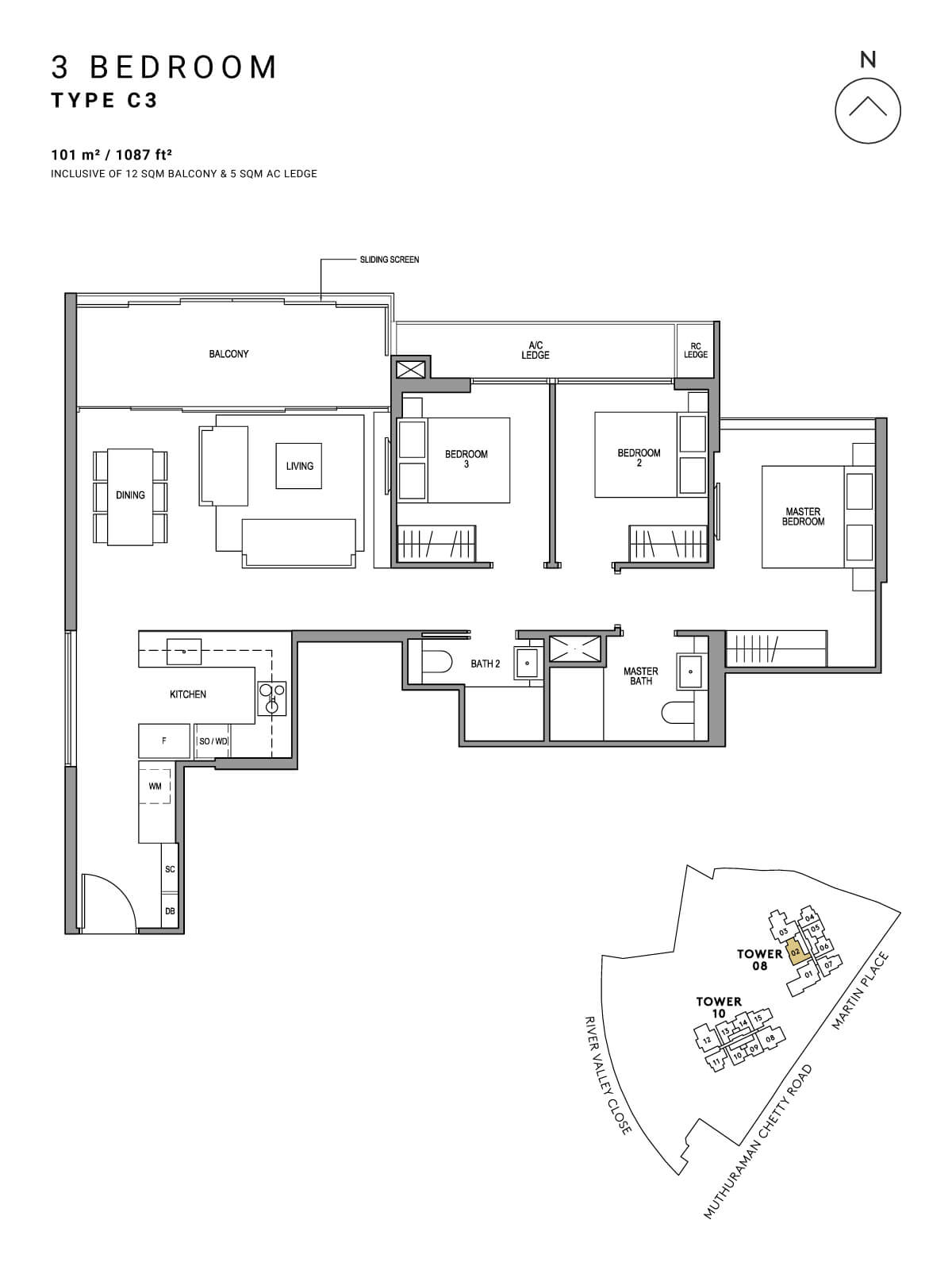 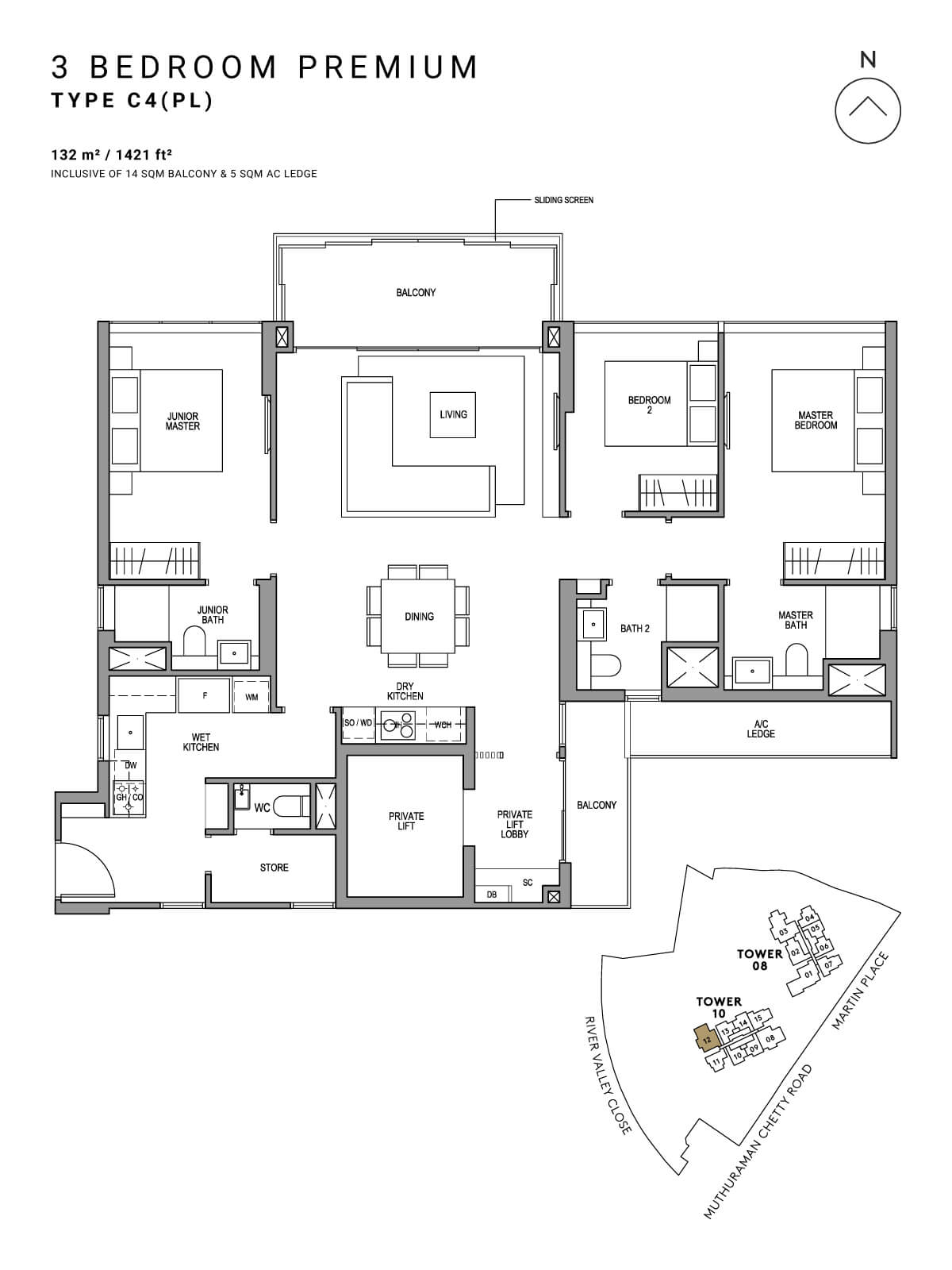 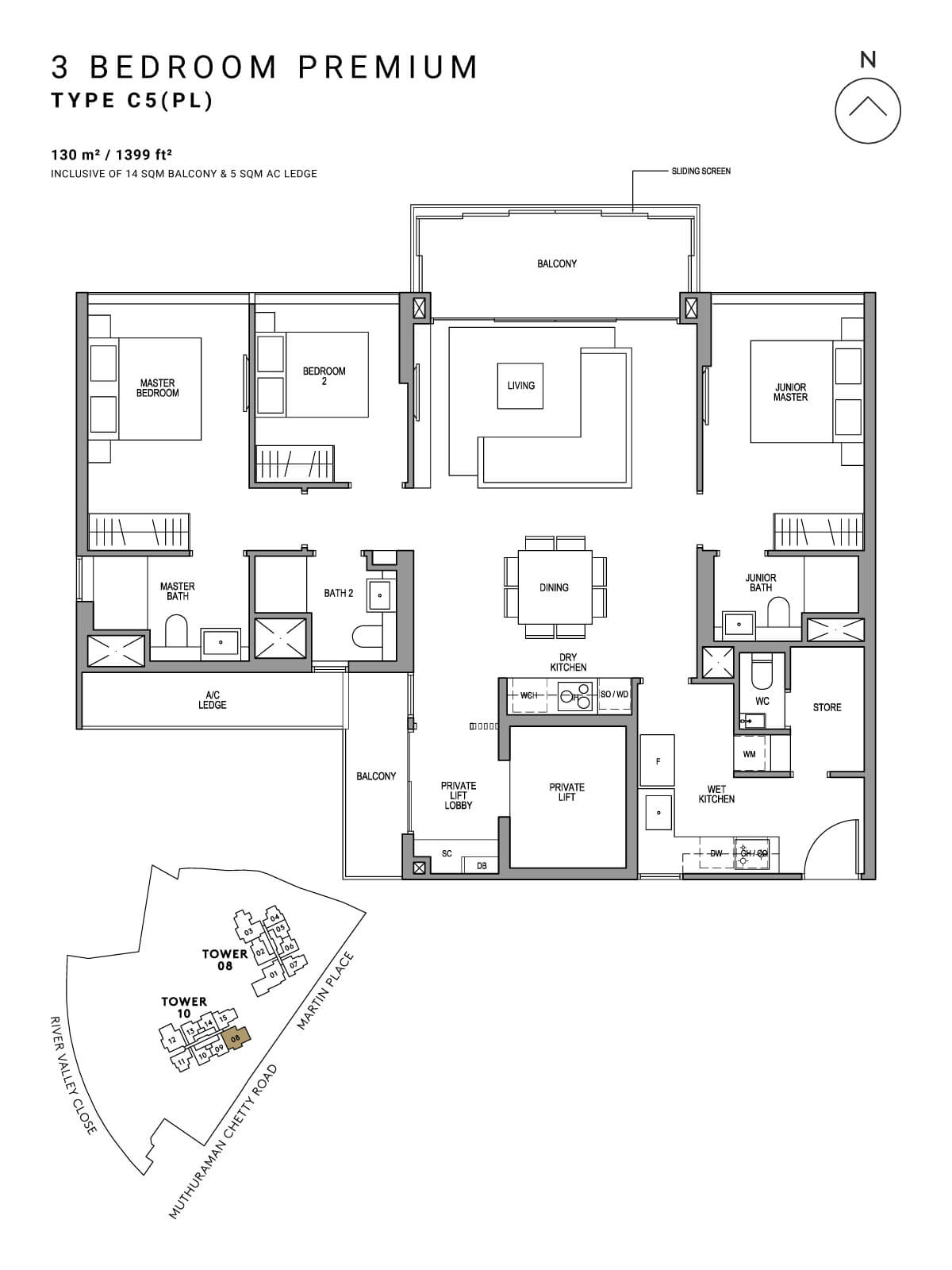 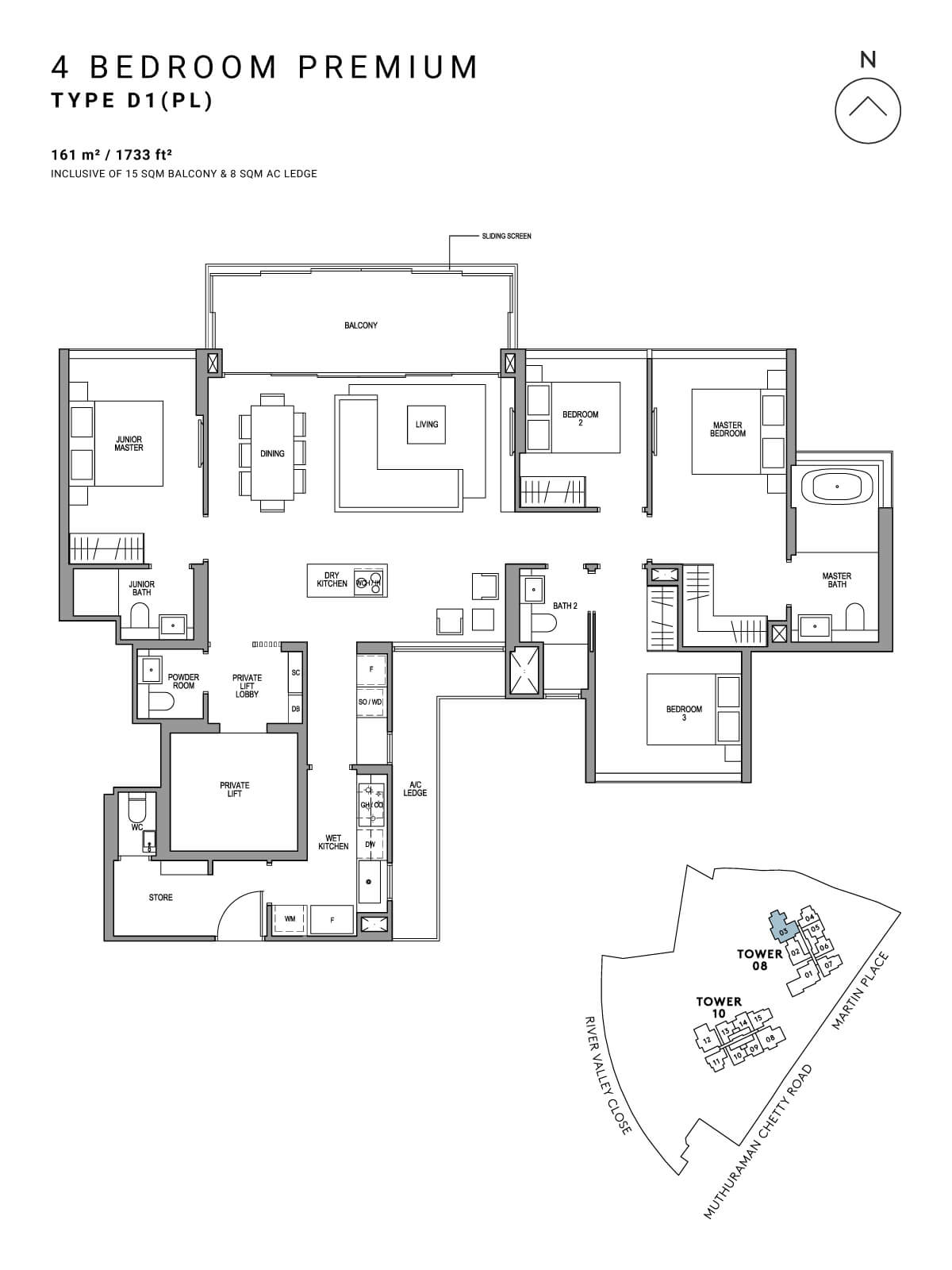 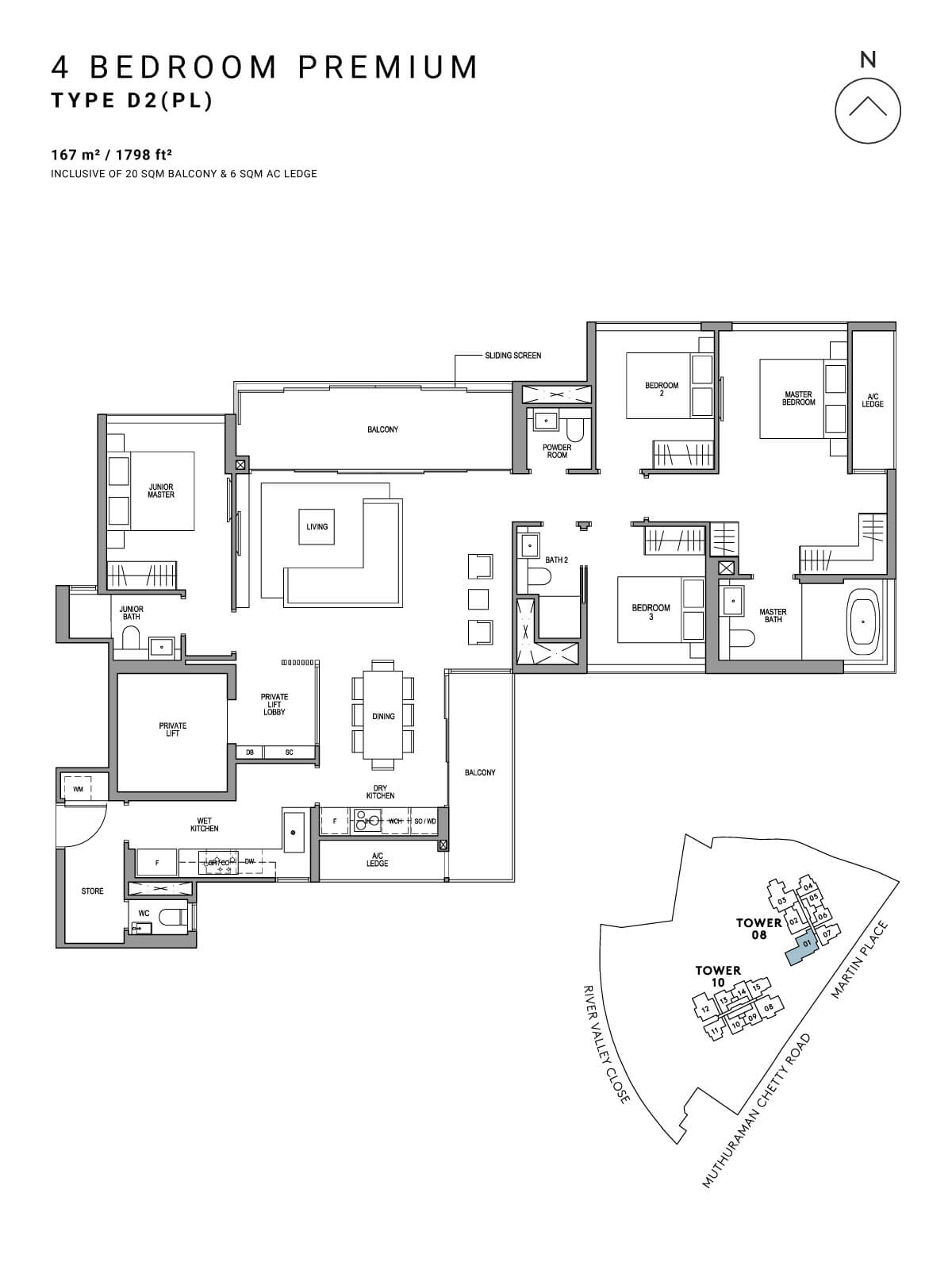